New Year wishes to all

I grew up, as many do, watching the ball drop in New York’s Times Square on TV. Dick Clark’s Rockin’ New Year’s Eve is kind of an American tradition, even long after Clark retired from hosting in 2004 after suffering a stroke. Clark started the show in 1973. Currently, Ryan Seacrest serves as the main host. On New Year’s Day, […]

Pulaski County • Gilbert Deleon, 44, of North Little Rock was arrested Dec. 28 on drug charges after fleeing from law enforcement. Deputies made a traffic stop at 12:50 a.m. on Wincrest Drive after Deleon failed to stop at a stop sign at Batesville Pike and Jacksonville Cato Road. Deleon fled on foot from a white 1999 Toyota Camry before […]

Two men accused of murder and kidnapping on Christmas in Scott are being held in Lonoke County Detention Center. Richard Gilliam, 33, of Little Rock and his brother-in-law Deymon Webb, 28, of North Little Rock are charged with capital murder, kidnapping, aggravated residential burglary and attempted capital murder. The men, who may have known their victims, are held on $1 […]

Council salutes dogs for making hundreds of drug sweeps over many years.

The Jacksonville City Council recently passed a resolution to retire police K-9 Maik after six years of service. He was retired due to age and medical problems and was relinquished to his handler, officer Joshua Wheeler, for care to live out his life. During his career. Maik made over 900 drug sweeps, involved in over 300 drug- related arrests, worked […]

At Tuesday’s special city council meeting, Jacksonville Council Member Mike Traylor told the mayor that $500,000 needed to be cut from parks and recreation before he would consider approving the budget. The cuts were not made and Taylor voted against the budget. But Parks and Recreation Director Kevin House did send Traylor and the rest of the council an email […]

A cold arctic blast will keep temperatures below freezing through Thursday.

The coldest, most frigid, arctic blast of the area is settling in over Arkansas, producing some of the coldest temperatures of the season and will have temperatures, with the wind chill, hovering around zero for a number of mornings. Add to that a slight chance of some wintry precipitation and outside animals are at risk and travel could get hazardous. […]

Editor’s Note: This is the second in a series of three articles that look back at the more than 400 front-page headlines produced by the Leader in 2017. This article looks at the local headlines from May through August. May • JNPSD gets $28 million in state aid to build new high school and elementary school. • Civil War comes […]

Sacking of clerk cause of conflict

White County District Court- Beebe Division is shut down after District Court Judge Mark Derrick issued a court order last week to have its computers inaccessible. The police department could not collect fine payments until Derrick allowed access to those computers on Thursday. Residents are unable to file paperwork for civil actions, warrants cannot be issued or court dates scheduled. […] 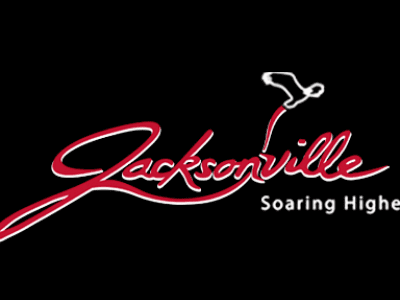 Spending will drop $400,000 next year, but some aldermen call for more cuts if necessary.

On its third try, the Jacksonville City Council on Thursday night passed a $19.9 million operating budget for 2018 — down $400,000 from this year — but it wasn’t unanimous, and it wasn’t without animosity. Voting no were still Council Mem-bers Mike Traylor and Tara Smith. The third no vote was Council Member Mary Twitty, who had voted yes Tuesday, […]