For the 10th time in 11 years, The Leader has been named the best large weekly newspaper in the state by the Arkansas Press Association. In all, The Leader and its staff racked up 32 awards at the annual APA conference Saturday in Eureka Springs, more than any other paper in the state. The Leader received 11 first-place plaques, plus […]

Beebe School Superintendent Belinda Shook retired on Friday, finishing a 32-year education career with the Beebe and McRae school district. She was a Beebe graduate, teacher, principal and superintendent. Shook led the district for 13 years after announcing her retirement last year. The school board hired Rose Bud School District Superintendent Chris Nail in December as her successor, beginning July […]

Traffic lights in Cabot will flow in sync

City will use a $500,000 federal grant to ease congestion on streets with computerized signals that will hurry motorists through at busiest times.

Cabot is working to move traffic around the city more effectively with synchronized traffic signals. Council members spoke about the traffic improvement plan during the agenda meeting on Monday. The council will vote on a resolution during the July 16 city council meeting to enter a contract for $67,312 with Neel-Schaffer of Jackson, Miss., for engineering design services. The engineering […]

Jacksonville Police Lt. Jason Tilley, 42, died at the police station Friday afternoon from a self-inflicted gunshot wound fired from his department-issued weapon, authorities said. Tilley, an 18-year veteran of the department, who worked in the detective division, died just after 2 p.m. Friday. “It’s definitely a bad dream I can’t awake from,” said Jacksonville resident Diann Graham. “He was […]

Traffic death • A Jacksonville man died on Thursday in a one-vehicle crash in Cleburne County. Jonathan Wilson, 19, was riding a 2005 Yamaha YZF-R6 sport bike motorcycle at 4:31 p.m. south on Hwy. 5 near Friendship Road in Hopewell. Wilson failed to negotiate a curve and crossed the northbound lane hitting a culvert. The weather was clear and the […]

Jason Tilley Lt. Jason Michael Tilley of Jacksonville passed away on June 29. He was born on Oct. 15, 1975, in Paducah, Ky., to Roger and Lyn Tilley. He proudly served in the United States Air Force and found his calling with the Jacksonville Police Department, where he served for 18 distinguished years. He leaves behind his loving, devoted wife […]

In anticipation of China’s retaliatory tariffs, which went into effect on Friday, soybean futures have declined about 15 percent over the past three or four weeks alone to $8.64 per bushel, according to Mike King, Farm Bureau director of public policy and government relations. King said the break-even price on soybeans is about $10 a bushel. That’s bad news for […] 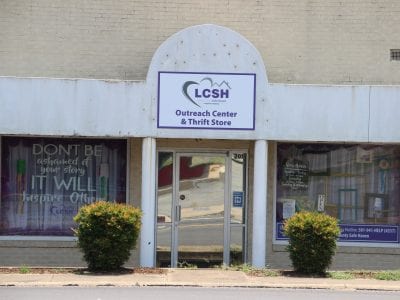 Safe Haven much more than a thrift store

FREE A Cabot nonprofit helps abused women and their families and now offers support group for rape victims on the second and fourth Saturdays of the month.

On the corner of West Main and Second streets in Cabot sits the Lonoke County Safe Haven Outreach and Thrift Store. When you walk inside, you’ll find items typical of a thrift store – clothes, jewelry, furniture, etc. – and in the back corner sits a gorgeous, round wooden table with colorful chairs and a cozy-looking couch. Since late April, […]

This editorial, published Feb. 22, 2017, won the Arkansas Press Association’s Better Newspaper Contest. The state legislature could pass a bill as early as this week that will protect people on probation in district courts from being sexually exploited by their probation officers. In the last several months, probation officers in Cabot and Ward have allegedly pressured women under their […]