Editor’s Note: This is the first in a series of three articles looking back at The Leader’s big headlines of the year. This article covers January through April. The first four months of 2018 had it all: Cold weather, hot feuds, falling snow, rolling heads, court decisions, yeas, nays, grants granted, grants denied, copycats and cool cats. January • Amid […]

Beebe has been awarded $71,000 in grants this month for park and sidewalk upgrades. Beebe public relations director Kristen Boswell spoke about the two grants during last week’s council meeting. The city was recently awarded $36,000 in federal funds from a Transportation Alternatives Program 80/20 federal matching grant through the state Department of Transportation for sidewalks. The project will extend […]

Quick response revives resident who showed no pulse after a 911 call.

During last week’s Carlisle City Council meeting, Carlisle Police Officer Johnathan Lewellyn was presented a Lifesaving Award from the American Police Hall of Fame for saving the life of Carlisle resident Mike Moody with an automated external defibrillator after Moody suffered cardiac arrest at his home in September. Carlisle Police Chief Eric Frank, who read from Lewellyn’s nomination, said that […]

Traffic death • A man was killed in a one-car accident on Dec. 21 in Jacksonville. Michael Hill, 53, of Leach-ville (Mississippi County) was driving a 1990 Cressida at 9:19 p.m. on Hwy. 67/167 North. He took the Redmond Road exit and hit the concrete wall. The passenger, Morgan Hill, 23, of Caraway (Craighead County) was injured and taken to […]

Farm bill paves way for the cultivation of industrial cannabis after 81-year ban.

It’s been 81 years since hemp was legal, but that may change with this year’s federal farm bill. Cannabis was banned by the Marijuana Tax Act of 1937, and hemp is derived from the same plant as marijuana. But hemp’s THC (tetrahydrocannabinol) level is so low, about less than .3 percent, that it can’t be smoked or ingested to get […]

Mary Chandler On Dec. 24, 2018, at 5:10 p.m., a very strong and wonderful lady, Mary Maxine Chandler, went to Heaven. Maxine passed at her home in Cabot with her four children present. She was greeted in Heaven not only by our God but by her husband Edward of 68 years; her mother and father, Beulah and Thomas Mathers; her […]

The Ward City Council held a special meeting last Thursday to adopt an ordinance formally separating the duties of the city clerk/treasurer. City Clerk/Treasurer John Barclay is retiring Monday. During the Dec. 11 council meeting, Courtney Ruble was appointed to fill the open position for the four-year term. Ruble will be responsible for the recording of council meeting minutes, preparing […] 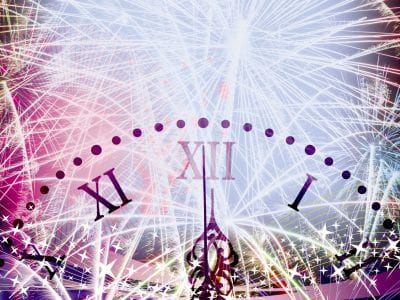 Lonoke facility will be renovated with a federal grant with a new addition.

The Lonoke County Council on Aging will begin renovations and building an addition to the Lonoke Senior Center in January. The project is being funded through a $203,000 HUD community development block grant awarded to the city. Brister Construction of Benton is the contractor. Robert Schelle Architect of Cabot is the designer. The Lonoke Senior Center is 35 years old. […]