A grand slam highlighted a seven-run fourth inning as the Cabot Lady Panthers blew away the Central Lady Tigers 11-1 in five innings Tuesday in Little Rock. Cabot already led 4-1 going into the fourth, and had scored three more runs when Rylie Hamilton stepped to the plate with the bases loaded. She worked a 3-1 count before scorching a […]

Sylvan Hills sophomore Alyssa Johnson entered Tuesday’s doubleheader at Jacksonville with one career home run. She left with four as the Lady Bears pulled off a sweep of the Titans by scores of 21-1 and 6-0 at Excel Park. Game one saw the Lady Bears pile up 13 base hits to go with 11 walks, five Jacksonville errors and numerous […] 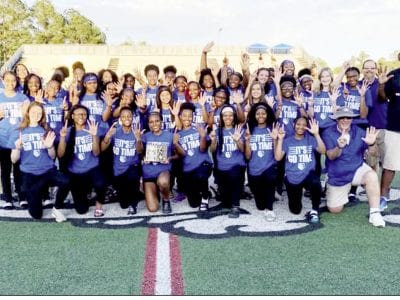 Lady Bears get one for the other hand

The Sylvan Hills girls’ track team has made an old habit of conference championships, but the way the Lady Bears dominated the 5A-Central meet in White Hall on Tuesday was new even for them. For some perspective, Maumelle and Parkview tied for second with 97 points each, and those two teams combined lost to Sylvan Hills by 41 points. The […]

First place North Little Rock had little trouble with last place Mount Saint Mary’s in a 5A-Central softball clash Tuesday at Burns Park. The Charging Lady Wildcats (16-4, 10-1) took an 11-0 victory in five innings to stay in tie for first place with Cabot (18-4, 10-1). North Little Rock got four runs in the bottom of the first inning […]

Sylvan Hills back in first

The Bears’ baseball team moved into sole possession of first place in the 5A-Central Conference on Tuesday. Sylvan Hills became the first team this season to sweep a doubleheader with Jacksonville, beating the Titans in a pair of tight contests by scores of 2-1 and 4-1 at Dupree Park. The Bears entered the night tied with White Hall for the […]

The Cabot Panthers avenged an earlier loss on Tuesday, traveling to Little Rock and beating the Central Tigers 10-4 in a 6A-Central Conference matchup. The Panthers led by just one run until a six-run fourth inning put them in control the rest of the way. Cabot batters were finding the deep gaps throughout the game. Of the team’s 13 base […] 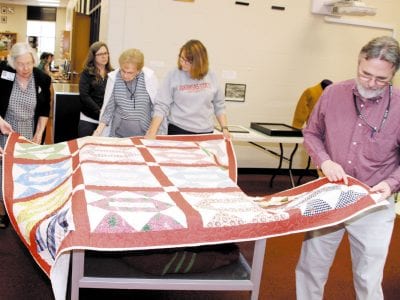 Cabot Class of ’48 quilt on display

The Cabot Public School Museum of American History on Friday received the donation of a 71-year-old piece quilt made by Cabot High School students in the Class of 1948. The quilt top was recently discovered in a cedar chest in Cabot resident William Hinkle’s home. His cousin, Bobbie Burney, of Jacksonville was helping him clean his house and found the […]

Jerry Ingram Jerry Gordon Ingram of Flower Mound, Texas, passed away peacefully on April 18 with his loving and devoted wife of 46 years, Kathryn, by his side.   Jerry was born in Stillwater, Okla., on Aug. 17, 1930. Jerry served in the Army for 30 years. Jerry was preceded in death by his brother, Gene Ingram, and a sister, Sandy […]

Group pushes for repeal of ban on pit bulls, encouraged by Cabot’s decision to end the ban.

It’s not that the dogs bite more often, it’s that they don’t let go, and pit bulls are more likely to kill — most often a child — than any other canine breed, experts say. It was about 15 years ago that the North Little Rock City Council banned dangerous dog breeds in the city and while some folks declare […]