The Sherwood city council, at its last meeting spent nearly half the time debating whether or not to hiring a fulltime grant writer. In the end the council voted 7 to 1 to hiring the grant writer. Council Member Mary Jo Heye-Townsell objected to the idea, saying that no other comparable city had a grant writer and the city could […]

The Old Mill was fortunately closed when a section of a rock wall collapsed last Thursday night or early Friday. The mill is inside T. R. Pugh Memorial Park on Lakeshore Drive in North Little Rock. The wall was part of the original design or added shortly after the park’s construction nearly 90 years ago. “It was caused by heavy […]

Lance Dulaney shoplifted at store in Faulkner County, says it doesn’t disqualify him.

Jacksonville City Council Member Tara Smith sued the city to remove former Police Chief Jeff Herweg from office because he had a 20-year-old Class A misdemeanor conviction for filing a false report on his record. Now it seems a city council candidate she is supporting, Lance Dulaney, has a 20-year-old Class A misdemeanor for theft on his record. Dulaney and […]

Another JHS student gets coronavirus

Jacksonville Middle School is closed this week due to staff shortages and 21 students at high school campus sent home to quarantine after possibly being exposed.

A Jacksonville High School student has tested positive for COVID-19, district officials learned Tuesday, resulting in 21 more students being sent home and quarantined for the next 14 days, in the Jacksonville-North Pulaski School District, according to chief information officer Cheesa Williams. Parents of students who are considered close contacts were being notified. Another student tested positive last week, resulting […]

The incoming superintendent’s first day is set and salary will be about $200,000 for the Maryland transplant.

Although Gregory J. Pilewski was hired as the North Little Rock School District’s new superintendent Aug. 17, he will not officially start his new job until Nov. 1. So while not in an official capacity, he toured the district Tuesday to get an up close look at its schools. School Board president Dorothy Williams offered Pilewski the job at a salary […]

District to make its case to judge

JNPSD to argue in court it has made requirements to end judicial oversight.

With the possible conclusion of the 30-year-old desegregation case and unitary status for the Jacksonville-North Pulaski County School District hanging in the balance at an Oct. 5 district court hearing, the district’s attorney Scott Richardson says, “We’ve been fighting over things that were never a violation.” “The case has taken on a life of its own,” Richardson said. Pretrial motions […]

Robert “R.L.” Tippit Robert “R.L.” Tippit, 85, of Cabot went to be with the Lord on Sept. 6. R.L. retired from MOPAC/Union Pacific Railroad after 44 years. He started working at the railroad at the age of 17 years old. He was married to Marcella for over 66 years. After retirement they moved to Cabot, where he enjoyed watching their […] 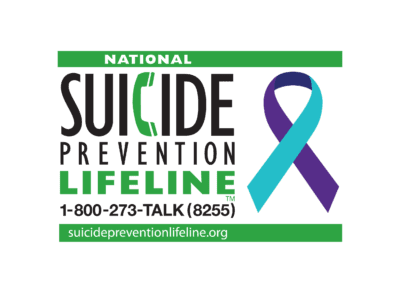 “I was just thinking how a lot of times, it is the people that seem the happiest. It’s kind of a front to distract from their true pain,” said Amanda Hendricks of Tuckerman. “And when they are hurting, all they’re thinking about doing is ending the pain. They’re not realizing all they are doing is shifting the pain from them […]

Lonoke avenged a rivalry loss in week one, eyes one more this week at Beebe.

Titans and Bears still at it

Despite no longer being in the same conference, JHS and SHHS keep rivalry going.

Not as much will be at stake this Friday when Sylvan Hills visits Jacksonville for their annual rivalry game. The Bears and Titans are usually battling for a playoff spot, but the two teams are in different conferences this year, but the nonconference matchup is a natural one to make and continues a long-running tradition. The two coaches involved this […]