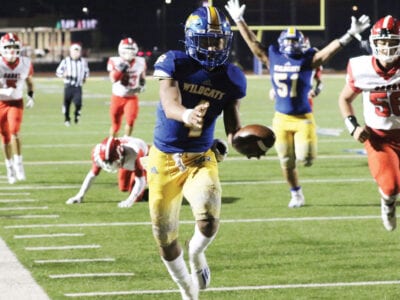 One of the most entertaining games of the year had to end in heartbreak for one team, and this time it turned out to be Cabot. The Panthers inspired season came to an end Friday in the semifinals of the Class 7A state playoffs when they lost a thrilling game 49-42 at North Little Rock. The Charging Wildcats (11-1) are […]

Panthers jump ahead by double digits early but can’t hold off Warriors.

The Cabot boys’ basketball team led almost the entire game, but Little Rock Christian made it all up and then some in the fourth quarter for a 69-57 win over the Panthers on Tuesday in Little Rock. The Panthers dominated the first quarter, but their nine-point lead was down to one by halftime. They still carried a 45-41 lead into […]

Turnovers lead to loss on the road against the Little Rock Christian girls.

The Cabot Lady Panthers outscored Little Rock Christian 24-23 in the middle two quarters, but the first and fourth were all Lady Warriors in a 60-38 LRCA victory on Tuesday in Little Rock. The home team applied a lot of ball pressure from the outset and it was effective. A total of 25 Cabot turnovers led to 28 points off […]

Sylvan Hills one play short of 6A championship

The Sylvan Hills Bears scored 14 points in the four minutes late in the fourth quarter, and then blocked of chip-shot field goal with three seconds left to send the game into overtime all knotted up at 14. But it would be Lake Hamilton who prevailed in the extra period, beating the Bears 21-20 in the Class 6A semifinals at […]

Bears pull away from Cyclones

The Sylvan Hills Bears picked up their second win of the season on Tuesday, beating Russellville 61-43 at their temporary home gym at the Sylvan Hills Middle School in Sherwood. The victory snapped a two-game skid after winning the season opener on Nov. 12. Sylvan Hills lost 65-60 at home to Little Rock Central and 63-53 at Vilonia last week, […]

Jacksonville • John Kohlman, 38, of 304 S. Loop Road, Apt. B5 was arrested on Nov. 18 for allegedly hitting a woman during a fight. Police responded at 8:01 p.m. to the Cross Keys apartments for a domestic disturbance. The officer arrived at the scene and knocked on the door. Kolhman said, “If you don’t move away from the door, […]

Arkansas is seeing record-high coronavirus infections almost every day. The state Health Department reported a record 2,348 new infections on Thanksgiving, falling to 1,052 cases Friday only because there were fewer tests leading up to the holiday weekend. Nearly 40,000 Arkansans became infected in November — or 10,000 a week. On Nov. 13, the state reported 2,312 new positives. Other […]

City to give 4% raises

Jacksonville’s budget for next year includes a 4 percent salary increase for all city employees. The proposed raise, which tops off at $3,000, doesn’t include any elected officials. The budget was presented at the city’s November council meeting A Tuesday night meeting to discuss the budget has been cancelled, and no new date set. Other positives in the proposed $20.99 […] 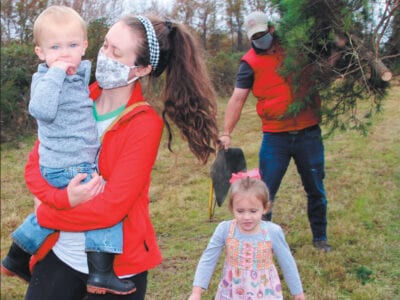 The Schillings tree farm east of Jacksonville has a limited selection caused by more rain than usual.

Families came out on Friday to the Schillings Family Christmas Tree Farm to select their perfect tree, continuing a tradition and bringing a bit of normalcy during the uncertainty of the coronavirus pandemic. Schillings tree farm on 1476 Hwy. 294, east of Jacksonville, is in its 35th year selling trees. But it almost did not open this year. The owner, […]