Some clutch shooting by Kentrell Thompson helped lift the Jacksonville Titans to their first 5A-Central Conference win this season. Jacksonville went on the road and won a tight game at Beebe, 61-53.  The Titans led by as much as 14 points in the first minute of the second quarter, but the Badgers clamped down on defense and held Jacksonville to […]

TRAFFIC DEATH ■ Billy Daugherty, 43, of Statesville, N.C. died on Jan. 13 after being hit by semi-truck on I-40 East in North Little Rock near the Lonoke County line. Daugherty was running across I-40 at 3:04 a.m. when he was hit by a 2004 Kenworth truck. He was pronounced dead at the scene. The weather was clear and the […]

City will postpone celebrations due to continuing the pandemic until Covid-19 infections decrease.

Covid has caused Lonoke to delay its 150th birthday until later in the year.  The Lonoke 2020 committee has been working on the yearlong celebration. Plans call for the party to start Jan. 22 with a Founders Day activity, then an arts and music festival in the spring and another festival in the fall.  Alyssa Frisby, chairman of Lonoke 2020 […] 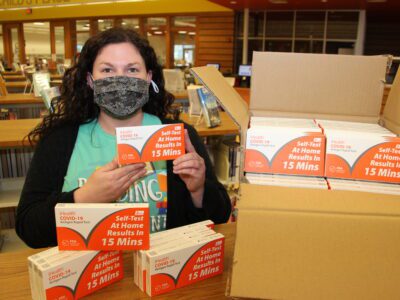 No peak yet as hospitals see highest admissions

New daily covid cases in Arkansas ran between 4,000 and 12,490 for more than a week–averaging 11,336 new cases a day between last Wednesday and Saturday but then averaging only 4,233 over Sunday, Monday and Tuesday.  “It’s too soon to tell whether we have peaked on the number of new cases, especially with many people now testing at home,” according […]

State Sens. Hill and English are among dignitaries at ribbon cutting for Jacksonville Elementary School.

Jacksonville Elementary held a ribbon cutting last week to celebrate the opening of the new $20 million two-story school.  Local elected officials, city leaders and chamber members came out to mark the special event.  Jacksonville Elementary school has 690 students from kindergarten to fifth grade. It is located on 43 acres on 2400 Linda Lane, next to the new Middle […] 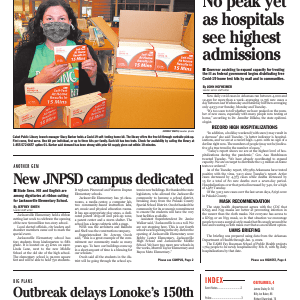